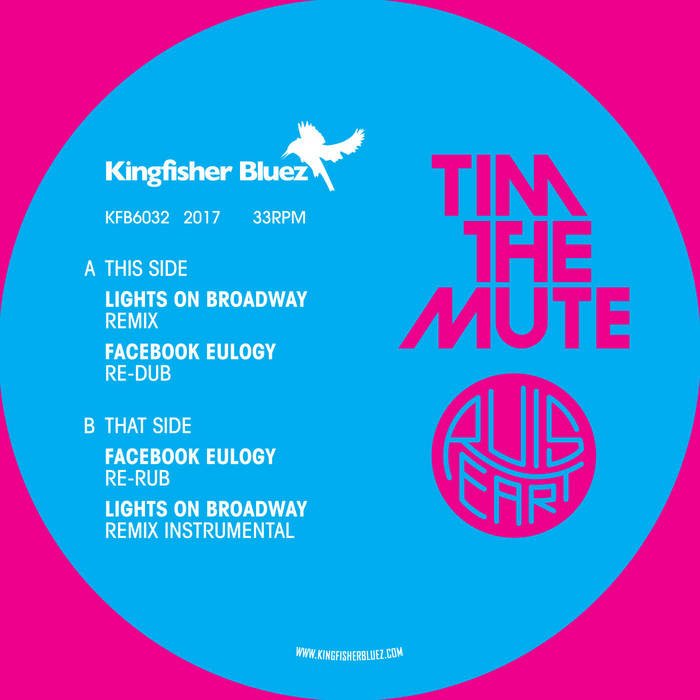 Kingfisher Bluez are proud to release the remix & re-workings of 2 Tim The Mute tracks by the producer known as Ruiseart.

Tim The Mute is the the hugely underrated artist from Vancouver, Canada. A maverick songsmith & lyrical genius who's music rises above the mediocrity & the prosaic.

Ruiseart is a part of T.U.M.O.R. (The Underground Movement Of Reality). A collective of thinkers, creatives, artists & musicians based in Manchester, UK.

Both tracks were initially recorded at Unthank Studios, Scotland & The Winter Market, Canada.

Bandcamp Daily  your guide to the world of Bandcamp